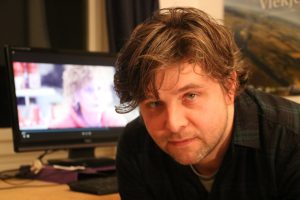 Harko Wubs finished his filmstudies at the AKV St.Joost in Breda, the Netherlands in 2008. Since then, he worked as an independent filmmaker. All his films were selected on several international filmfestivals and some of the films were broadcasted on television. His short film ‘The Human’ received several international prizes. Besides filmmaking, he works as coordinator of the European Foundation Joris Ivens and as a videographer for the health care organisation Dagelijks Leven in the Netherlands.